Bautista second at the end of a spectacular Race-2. A crash for Rinaldi when he was in third place. Bulega (P2) comes close to his first win in WorldSSP. 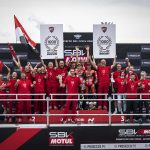 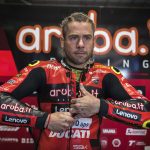